Books in the Library 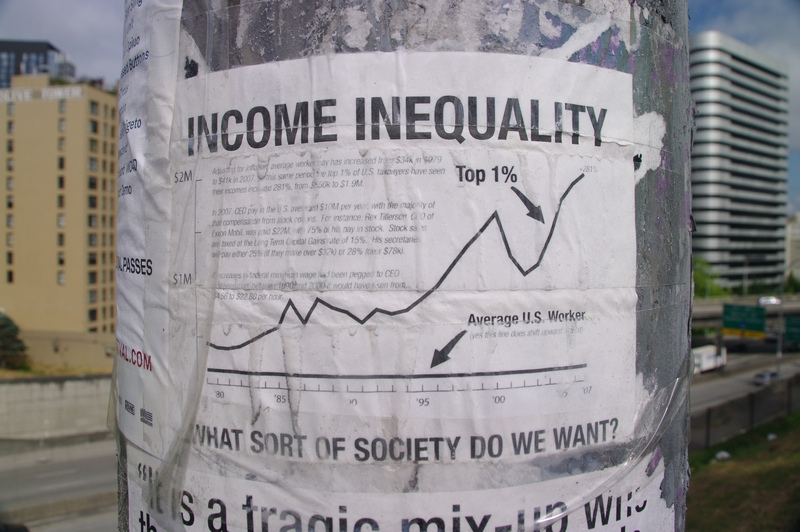 Available on DVD in the library (featured CIS collection, first floor near the Research Help Desk)

Moyers & Company: Inequality for All

In the first three years of economic recovery, 95 percent of the gains have gone only to the top 1 percent of Americans, while the proportion of working people who define themselves economically as lower class is at its highest level in four decades. But more and more people are fighting back. “We want an economy that works for everyone, not just for a small elite,” says economic analyst Robert Reich—a man called one of the best cabinet secretaries of the 20th century by Time magazine. Reich joins Bill in this edition of Moyers & Company to discuss a dynamic, witty, and entertaining new film: Inequality for All, which aims to be a game-changer in our national discussion of income inequality. Broadcast date: September 20, 2013. (57 minutes)

WE THE ECONOMY: Monkey Business — What are the Causes of Inequality?

This lecture launcher directed by Shola Lynch explores today's income inequality and features economists from across the political spectrum discussing root causes of the increasing income gap, and primate experiments on understandings of fairness. Part of WE THE ECONOMY, a series of short films developed by renowned filmmakers and a panel of top economic experts.

In this edition of the Journal, Bill Moyers interviews Steve Fraser, author of Wall Street: America’s Dream Palace, about the modern parallels to and differences from the first Gilded Age, the big disparity between the wealthy and the impoverished, and the increasing strain on working Americans. The program also analyzes the growing inequality gap as illustrated by union workers in L.A., who recently marched to call attention to how hard it is to stay in the middle class or to join it. An interview with Holly Sklar, coauthor of Raise the Floor: Wages and Policies that Work for All of Us, about what current economic conditions say about the state of the American dream, rounds out the program.

In the last 30 years, the wages of the top 1 percent have grown by 154 percent, while the wages of the bottom 90 percent have grown by only 17 percent. As the rungs of the economic ladder move further apart, some argue that opportunities to achieve the American dream of upward mobility could disappear, they assert, as the rich grow richer and the wages of the middle class and the poor hardly grow at all. But others consider income inequality a positive development—a feature of a dynamic and robust economy—that, in the end, helps everyone. And income inequality, they add, is irrelevant to upward mobility, which, they note, has remained stable over the past few decades. Is rising income inequality a growing problem that threatens the American dream? Or is it a misleading metric for gauging upward mobility and a sign of the nation's economic health?