This is the main portal to databases and other library sources for graphic novels/comics research at Van Wylen Library, Hope College.

New Titles in the Library

Do you have a graphic novel suggestion for the library?  If yes, contact Jeremy Barney or use the Suggest a Purchase Form.

Graphic novels and comic books, much like other forms of fiction and nonfiction, are an important area of creative expression, education, instruction, and entertainment, and they continue to have a significant impact on our (popular)culture.  This influence is especially noticeable in the continued popularity of annual comic book and pop culture conventions, such as Comic Con International in San Diego and the local Grand Rapids Comic Con, and in the increased number of film and television adaptations of comic books and graphic novels that have appeared since the film release of Marvel Studios' Iron Man in 2008.  Although tales of superheroes currently dominate the cinemas and television screens, the content of graphic novels and comic books reach far beyond these types of stories to cover such topics as historical events, biographies, memoirs, society and culture, politics, economics, family, relationships, religion, gender and sexuality, art and music, and college life.

Use this LibGuide to: 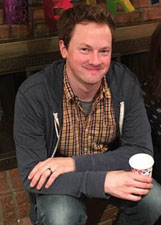